< Back to all Documentation

M2E Pro for Magento v2.x has already been available. The detailed documentation for each version you can find here.

M2E Pro Magmi Plugin is currently compatible with the latest Magmi Tool version. There are numerous improvements to the overall Magmi Plugin Performance.

Significant changes have been made to License management page in M2E Pro. If you navigate to System > Configuration > M2E Pro > License section, you will see 2 blocks where you can review the email associated to your License Key as well as related Domain and IP. 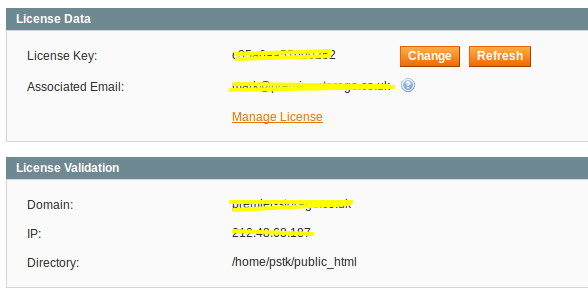 In some cases, issues could arise if outdated settings were saved in cache overriding the updated ones. This problem is fixed and no related issues are observed in the current version.

Previously, a problem could occur when a Simple Magento Product Custom Options marked as required was saved. The problem was related to the memory leak caused by tracking of the changes.

This problem is fixed and no related issues are observed in the current M2E Pro version.

In previous versions, under the particular circumstances the error "Call to a member function addData() on a non-object" can arose and be displayed in the Synchronization Logs. This problem is fixed and no related issues are observed in the version 6.4.1.

The majority of Magento versions faced a specific issue. The issue occurred during M2E Pro upgrade and prevented some files from being properly upgraded. Which would lead to further errors in M2E Pro work.

M2E Pro team implemented the Custom Fix which is intended to prevent the issue.

Starting from 2014, M2E Pro has been using its own Cron Service, which resolved the issues related to the specific manner of Magento Cron Synchronization initialization and execution.

In those cases, for example, when there are particular Firewall settings or restrictions for a .htaccess folder, M2E Pro Cron Service cannot work. As a result, Magento Cron can be used as an alternative.

In the new version, the issue related to several successive executions of M2E Pro Synchronization (in some cases, up to 20 and more times in a row) is solved. In general, work of the M2E Pro in connection with Magento Cron has been much improved.

In some cases, when the Product Identifiers set using a Manage Variations function were not sent to eBay during a List action, they were removed from the Manage Variations pop-up. Mostly, it occurred when listing Simple Product with Custom Options and Bundle Products.

Currently, the problem is fixed and no related issues are observed.

In some cases, the eBay Item ID for Products listed to eBay was not displayed and marked as N/A. It was caused by applying an Unmap action for Items which were double-imported into the 3rd party listings.

In the current version, this problem is fixed and no related issues are observed.

In the previous M2E Pro versions, a product could be returned not found on Amazon after the Search by a 13-digit ISBN number was used. However, the Product appeared to be actually available on Amazon.

This problem is fixed and no related issues are observed in the version 6.4.1.